XSS attacks or cross-site scripting is a type of attack in which malicious code is injected into a web page and then executed. This malicious code can steal your cookies, modify the content or take control of an entire webpage.

These attacks belong to the subset of client cross-site scripting as the data source is from the client side only.

I will show you three examples of DOM-based XSS attacks in this article. We will look at eval, href and dangerouslySetHTML vulnerabilities.

The eval() function evaluates a string and returns its completion value. The issue with the eval function is that you can paste malicious javascript code inside and execute it. Let’s make an example, here is a code snippet in JSX code snippet

And below is a result of the code snippet

We use the user’s browser and user input to execute a simple alert function and in real life, the attacker can use another JavaScript malicious code to make something terrible with your webpage, cookies.

href is an attribute of an element. The <a> element defines a hyperlink, which is used to link from one page to another.

As an example, we can embed user input inside a href and this is an issue. You can see in the code snippet below, we use a data variable to fill href attribute and data fills with an input element.

This is a property in HTML code that you can use HTML elements in React code instead of innerHTML function. The content of dangerouslySetHTML is dynamic and skips the comparison against the virtual DOM. As you can understand it is the third XSS vulnerability. Below is a code and result of execution:

As you can see the most vulnerable place is input and we have an article about controlled and uncontrolled components in React documentation.
Below you can read a blockquote from the React official documentation:

In the form elements are either the typed ones like textarea. input or the selected one like radio buttons or checkboxes, whenever there is any change, made it is updated accordingly through some functions that update the state as well.
We recommend using controlled components to implement forms. In a controlled component, form data is handled by a React component.
In HTML, form elements such as <input>, <textarea>, and <select> typically maintain their own state and update it based on user input. In React, mutable state is typically kept in the state property of components, and only updated with setState().
The alternative is uncontrolled components, where form data is handled by the DOM itself.
To write an uncontrolled component, instead of writing an event handler for every state update, you can use a ref (createRef) to get form values from the DOM.

Protecting your React application to prevent cross-site scripting is not a one-step process. The best way to protect React applications from XSS attacks is to prevent them earlier in your codebase. You can create a list of recommendations for your teammates. 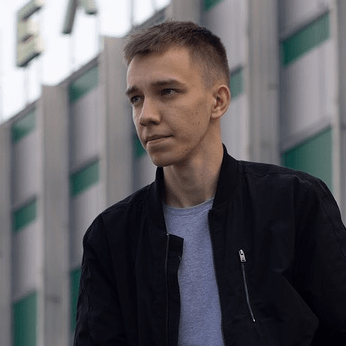