Build a To-Do Application with React and Firebase

In this article, you will learn how to build a to-do web app by making use of React.js and Firebase Database.

Watch the video version of this article below, or on my YouTube channel

To install the npm packages needed for this React application such as Firebase, you need to have Node.js downloaded.

Visual Studio code serves as the code editor we will use to build this project.

The Firebase Console serves as the backend as a service database that helps us to store and manage our data, through the use of the Cloud Firestore.

How to Setup the Firebase Project

To set up firebase, you head to the firebase console website and create a new project by using your Google account. Once you are logged into firebase you will see an existing project, you can click on the add project button, as seen below.

After clicking on the add project button, we get navigated to a new page which requires 3 steps before the firebase project is created:

Inside the firebase dashboard, on the left-hand panel, we take the following steps:

Once we click on enable, we get redirected to the Cloud Firestore page which will currently have an empty Collection.

How to Create the React Project

We are going to create a new React project by making use of CRA (Create-React-App). Since we have node.js installed, we can run the following commands:

Once the installation of CRA is complete, we can now create a new React project with the following command below:

We have now created a new React project called todo, navigated into the project directory, and opened the project in Visual Studio Code.

We can now begin the setup of the React application.

Setting up the Project Structure

To set up the architecture of our React project, you can implement the steps below:

With the above, we now have the basic structure of our React project set up.

How to Integrate Firebase in React

To add the firebase web SDK to our new app, the first thing we need to do is run the following command inside our terminal:

Next, you open up the firebase.config.js file inside of the services folder and then use the following imports to configure firebase into the React app:

Furthermore, you need to grab the project configuration settings from the firebase dashboard. On the left-hand panel of the dashboard, click on project overview and select project settings.

Scroll to the bottom of the page and select the web icon as shown below:

Once the web icon gets selected, a new page shows up asking you to give the app a nickname. You can proceed to call it todo or any other word you prefer, then click on register app. Firebase will now generate the firebase configuration settings, which contain the API key, storage bucket, auth domain, project id, app id, e.t.c as seen below:

We can now grab this and paste it inside our firebase.config.js file:

The final step needed to complete the firebase configuration is to initialize firebase by making use of the config variable and then export it so it becomes available in all our components, as seen in the following lines of code:

With this, our firebase configuration is successfully created and we do not need to make use of any other firebase services.

To integrate Bootstrap 5 you will need to head over to the Bootstrap 5 website and grab the CDN link for both the CSS and JavaScript. You can then head back to the React project in VS Code, open the public directory, and proceed to select the index.html file.

In the index.html file, we can paste the CDN links for both the CSS and JavaScript within the head section. With that we should have the result below:

Now we have access to all Bootstrap 5 classes across our components.

To implement the design for the React project you will start by clearing the boilerplate code inside of the App.css file. You can now proceed to open the index.css file and then paste the following styles:

Above, what we did was ensure all the elements that will be displayed on the browser are properly arranged.

Next, proceed to the Todo.js file and paste the code below within the return statement of the jsx:

In the above code:

The design for the application is now complete. If you run the command npm start in the terminal and the code compiles, you should see the result below in the browser:

Adding Data to the Firestore in React

To implement the Add data functionality in our todo application, we start by importing some modules from firebase/firestore which can be seen below:

We then need to import the firebase.config.js file in our Todo.js file to allow us to have access to the firebase methods:

Using the import from our firebase.config.js file, we can now instantiate a reference to our Collection:

Next, we create two variables using the useState hook:

The final implementation we need to make before adding data to the database becomes functional is to configure the onSubmit event handler previously created. The code for this can be seen below:

Fetching Data from the Firestore in React

To fetch the data from the Firestore in Firebase, we need to make two importation in our Todo.js file. These include the useEffect hook in React and the getDocs from firebase/firestore:

We then need to create the setter(setTodo) and getter(todos) variables to help us access the data from the Firestore:

The data can now be fetched inside of the useEffect hook:

Now that we have access to our data from the database, we need to make it visible on the page. The data we have comes in form of an array and we need to loop through it in the HTML file. This will be done within the div with the className of todo-list as seen below:

We can now proceed to save our changes.

Deleting Data from the Firestore in React

To implement the delete functionality, we need to import two firestore functions which are doc, and deleteDoc.

Next, we create a function called deleteTodo:

Now that our delete function is ready, all we have to do is to initialize it inside our delete button as seen below:

Updating Data in the Firestore in React

To implement the functionality to update data, we need to pass the data coming from the database as props to our EditTodo.js component:

We passed both the todo data as well as the id as props and it now becomes accessible in the EditTodo.js file.

Inside the EditTodo.js, we extract the data by making use of curly brackets {}:

We then make the necessary imports required to update the data, which include the following React and firebase terms:

The extracted data can now be set in state using the useState hook:

Next, we create the function that implements the update todo:

There are two implementations left to do. One is making the modal dynamic, while the other is calling our update data function in the JSX.

To make the modal dynamic, we need to change the values of the id in the JSX, so we add the following code:

Next, to update the data, we need to call the setTodos setter inside the input field using the onChange event handler in React:

Finally, we can call the updateTodo function inside our submit button:

How to Integrate the Checkbox Functionality

To begin the checkbox implementation, we will create a variable using the useState hook:

Next, we pass the data from the firestore into the setter called setChecked inside of the useEffect:

In the JSX, we will extract the isChecked value in the database and use it to conditionally set the CSS class used to line-through a specific todo which signifies the todo is done as seen below:

We proceed to configure the input field used for our checkbox by using the following code:

How to order Data by Timestamp in Firebase

To order the data in our firestore database, the first thing to do is to clear all the current data we currently have by deleting the entire collection on the Firebase Database. This will allow the newly created documents to get ordered correctly.

We then need to import two methods from firebase/firestore called orderBy and query by using the following imports:

Next, within the useEffect, we will remove the collectionRef we passed as a parameter into the getDocs method and replace it with a newly created query variable as seen below:

To conclude this project, we will display the date and time on which the todo was created on the browser:

We then need to clear the static date value inside of the italics(<li></li>) tag:

With this, we have the result below:

You have now completed the tutorial! You now know the basics of how to create a To-do application using React and Firebase Database. Now you can proceed to build your own web app from scratch and then integrate additional functionalities like firebase login and sign-in, Firebase tools, firebase deploy, and other firebase services into your React application.

Also, the link to the complete source code of this article can be found on this Github repository. 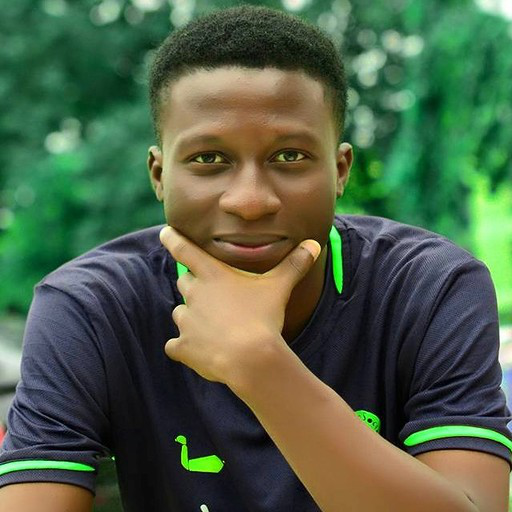